Anacleto Peña: a leader’s battle for his territory 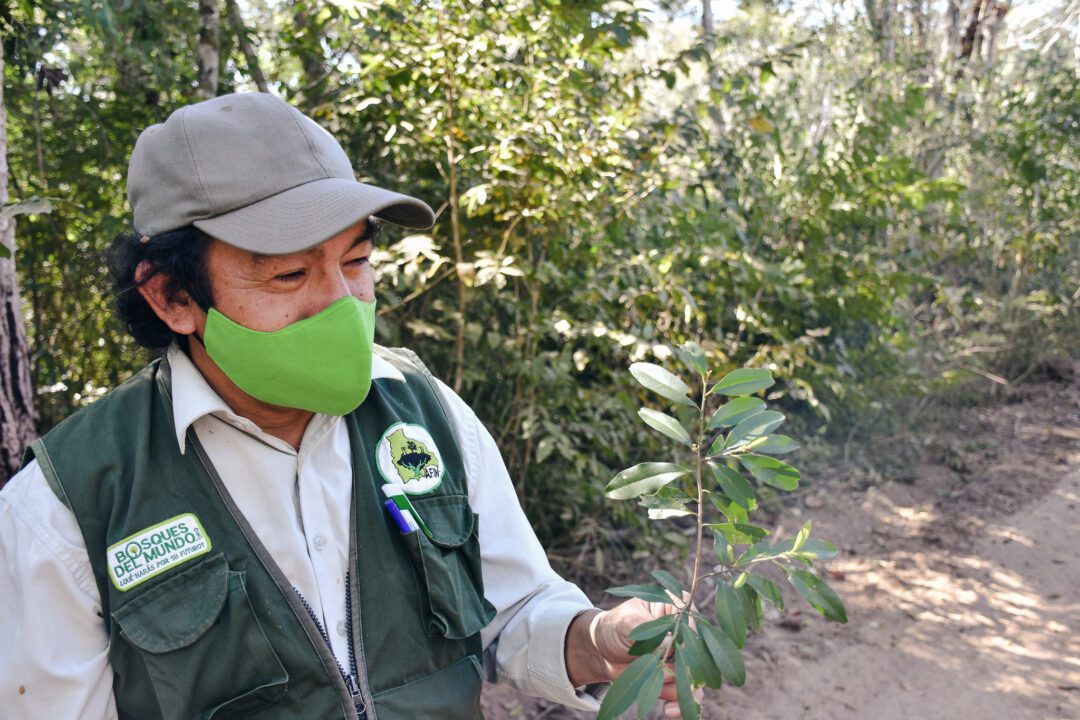 Anacleto Peña, current General Leader of the Indigenous Union of Native Communities of Lomerío (CICOL), was born on November 5, 1967 in Palmira, Santa Cruz. This is one of the 29 communities that shape the historic lands of Lomerío, the first self-declared indigenous territory in Bolivia.

After finishing his primary education in this community, Anacleto had the opportunity to pursue a Bachelor’s degree in Humanities. Later, in 1996, he graduated as a Forestry Technician at the University Mayor de San Simón in Cochabamba. With all this knowledge and with a clearer political stance, a year later he would do his first job for CICOL -the representative political apparatus of his people-, initially as head of community forestry management to later become coordinator of the organization’s technical team.

With this trajectory, it was no surprise that in 2013 his community would propose him as a candidate for the presidency of the organization, becoming General Cacique in the period 2013-2017. After this, with a broader perspective of the needs of his people, he was invited by the Bolivian Institute of Forestry Research (IBIF) to take up the position of Regional Coordinator of a project aimed at updating the forest management plans of Lomerío. This was carried out in alliance with BOS+ in the framework of the DGD programme.

Today, with more than 20 years of experience fighting for the rights of the indigenous peoples of his region, Anacleto returns to the position of General Cacique, this time with new challenges and perspectives that he himself has shared with us in a long but interesting conversation.

For those wondering what is CICOL, the book On the Road to Freedom , narrated by Anacleto in company of four community researchers, allows us to trace the origins of this organization in the ashes of the Agrarian Reform. This process, that began in 1953, put an end to a model of land dominance based on the exploitation and quasi-slavery of peasants by “masters”.

In this context, the fusion of different agrarian unions previously formed to confront these “masters” gave rise in 1982 to the Indigenous Union of Native Communities of Lomerío (CICOL in spanish). This would incorporate 29 communities guided by the principle of “vindication of their right to access, use and administration of the natural resources of their ancestrally occupied territories”.

Today, after almost 40 years of existence, one of its most emblematic achievements has undoubtedly been the titling of its ancestral territory for an area of ​​259, 188 hectares. This allowed them to self-declare two years later, in 2008, as the first autonomous indigenous territory in Bolivia, under international conventions such as ILO 169 and the United Nations Declaration on the Rights of Indigenous Peoples.

However, this is not yet enough, since the real challenge for many indigenous peoples today is the recognition of these international conventions in domestic legislation. In this frame, the organization has been fighting in the last years for the so-called “Indigenous and aboriginal peasant autonomy”, that has emerged as a model of self-government legally recognized by the Bolivian Constitution.

This mechanism stands out for its vindictive nature but also for the slowness of its implementation. At present, of the 36 procedures initiated in the country, only 4 have managed to reach this category, with Lomerío in the final phase. As Anacleto points out, this happens mainly due to the public employees’ lack of knowledge of how this procedure works. But also as because of the incapacity of the institutions to recognize the diverse indigenous language denominations in their administrative systems.

For the Cacique, however, it is not really important who achieves the autonomy first. On the contrary, he seeks to emphasize the permanent dialogue that has been taking place among the indigenous peoples in order to avoid repeating mistakes and to accelerate this emblematic process of ethnic-territorial transformation.

Dealing with the Autonomy

Managing a territory like this is not an easy task, as there are several problems that Anacleto and the rest of CICOL have to deal with on a daily basis. For example, one of the main issues today is the lack of access to water in the dry season due to the geographical location of Lomerío. This is leading some of the communities to turn to practices that are not sustainable in the long term, such as the use of groundwater.

In response to this, the organization is conducting technical studies and looking for traditional alternatives – such as water harvesting – to address one of the biggest dilemmas of many communities: how to make use of natural resources in the most efficient and least damaging way to the environment on which they directly depend.

In this same context, CICOL is also promoting support programs for small-scale agriculture producers, as well as timber processing projects that enable community members to have control and make use of their resources in a sustainable manner. In the face of permanent external pressure on forest resources, integrated management of these spaces is the only way to access to the economic benefits of timber while respecting the ecological limits that only they, as native peoples, know perfectly well.

For this, the alliance with the Bolivian Institute of Forestry Research (IBIF) has been fundamental by contributing to the updating of general management plans and the adaptation to the standards of the Bolivian Forest Certification System. Also through a timber valuation study that seeks to guarantee a fair extraction in accordance with the needs of the population.

On the other hand, as can be seen in the following quote, the strong interest of the mining industry on this territory arises as another point of conflict for the communities:

And therefore we are not going to allow this aggressive way of entering our communities, I told him. Because extraction in one community had generated divisions in the community at the social level, internal fights over a few cents, as well as difficulties with the organization and with the municipal government due to the destruction of roads and bridges because 30 or 50 dump trucks loaded with feldspar circulated every day with almost no benefit for the community. And for the few cents that reached the community, it generated difficulties, it generated division and fights between families, let’s say.

At present, there is great pressure from companies that seek to ignore the processes of prior and informed consultation under a Mining Law that openly supports the extraction of what it considers to be “strategic resources of the state”. This situation implies a clear threat to the sovereignty of the people because, as Anacleto points out: “that is where they threaten us that if we do not allow them to enter to extract these resources, to exploit them, they will enter with public force , and this is established in the mining law”.

As the leader states, previous experiences with this industry have included the destruction of infrastructure due to the high traffic of vehicles; environmental pollution; and -the most concerning issue for the Cacique- the use of strategies of manipulation and disintegration of families and communities to facilitate the advancement of the projects.

In the face of this, CICOL’s position is clear: it will not allow the entry of companies that do not comply with the minimum requirements of community consultation. However, it is important to emphasize that what we have here is not a refusal to work with external companies. What the organization seeks is respect for their autonomy and the self-determination over their territory, as well as a fair distribution of benefits that will guarantee the improvement of the socio-economic conditions of their inhabitants.

The challenge and perspective

All these decades working in the management and defense of his natural resources, have shaped in Anacleto a particular position on the current environmental crisis. A position that comes from his own experience with the political and ecological changes taking place in recent years both in his territory and his country. As he points out, it was not easy at first to accept the existence of a global climate phenomenon with direct impacts on his territory. However, the increase in extreme weather events together with the information he has had access to over the years, has allowed him to approach this scenario differently.

Consequently, CICOL has launched important projects to deal with these transformations, such as the identification of headwaters that can serve as water recharges for the communities, or the creation of a real-time satellite monitoring center to identify forest fires and unauthorized land clearing within the territory in a timely manner.

Finally, with no intention of deflecting the position of Anacleto, one can see through his words an interest in not disconnecting the current climate crisis from the social crisis that historically threatens the subsistence of many of the indigenous peoples of his country. It is important to bear in mind that the need of these groups to appeal to surveillance and protection mechanisms is basically a response to agreements and decisions made outside their communities: both in the national level and in the framework of the high demand for resources in the countries of the global north.

In the Cacique’s view, despite the progress achieved in recent decades in terms of democracy and social justice in Bolivia, the battle continues against “the same old challenges”. By this he explicitly refers to the resistance of some groups to structural changes oriented to the inclusion of his people. It is precisely this stance against inequality and in favor of the vindication of indigenous population that works as the driving force behind Anacleto’s activism: as he points out in the quote, his fight is for a different society in which cultural diversity, as his main priority , is fully respected. 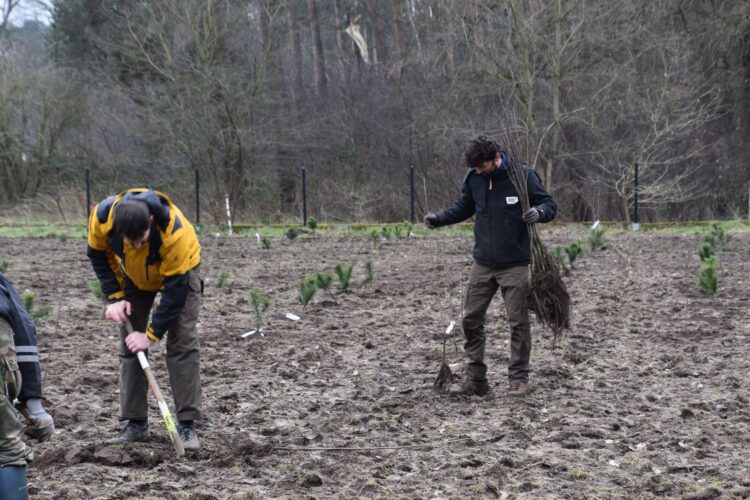 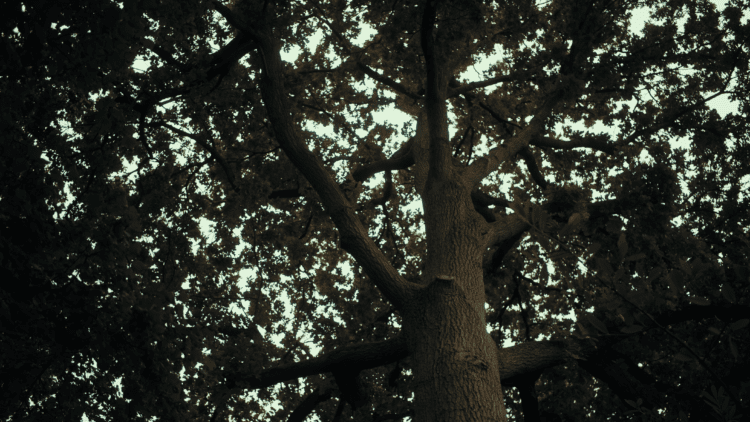 De website gebruikt cookies om de bezoekerservaring en -navigatie te verbeteren. Je kan in onderstaand overzicht aanvinken welke cookies nog op je toestel geplaatst mogen worden. Van onderstaande cookies…
Necessary Always Enabled
Necessary cookies are absolutely essential for the website to function properly. These cookies ensure basic functionalities and security features of the website, anonymously.
Functional
Functional cookies help to perform certain functionalities like sharing the content of the website on social media platforms, collect feedbacks, and other third-party features.
Performance
Performance cookies are used to understand and analyze the key performance indexes of the website which helps in delivering a better user experience for the visitors.
Analytics
Analytical cookies are used to understand how visitors interact with the website. These cookies help provide information on metrics the number of visitors, bounce rate, traffic source, etc.
Advertisement
Advertisement cookies are used to provide visitors with relevant ads and marketing campaigns. These cookies track visitors across websites and collect information to provide customized ads.
Others
Other uncategorized cookies are those that are being analyzed and have not been classified into a category as yet.
Save & Accept